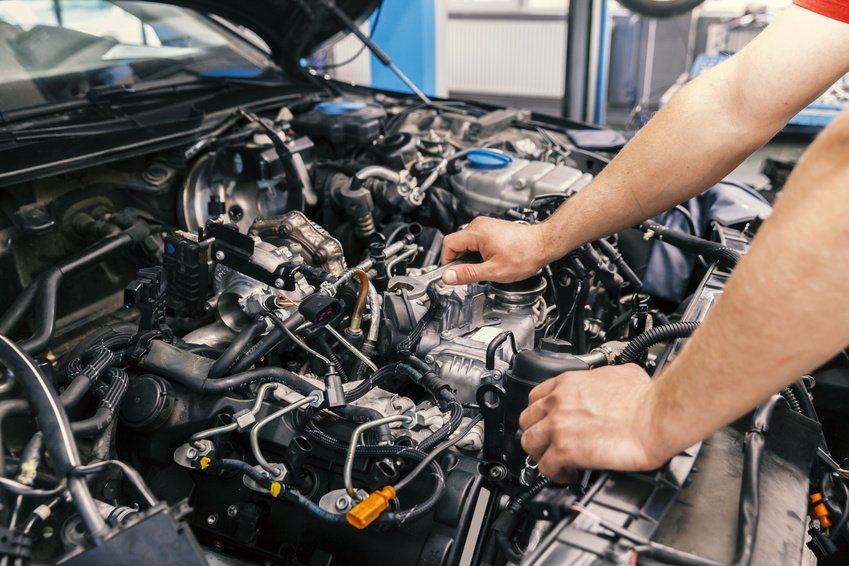 Engine noises can put any vehicle owner on high alert – and for good reason. Noises from your vehicle’s engine can indicate a serious problem and should not be ignored. Here are a few of the noises you should be aware of, including a description of the noises you can expect from a vehicle that’s running properly.

Not all Engine Noises are Bad Noises

Although a noisy engine can indicate damage or serious issues, this isn’t always the case. Occasional engine sounds are normal and not indicative of trouble. This includes temporary clinking, knocking or hissing. These short-lived sounds are usually caused by oil settling at the bottom of your engine when your vehicle starts, stops or accelerates. Slow oil settling usually occurs in colder temperatures when oil becomes thicker and takes longer to settle.

Clicking Noise While in Motion

If there’s an issue with a vehicle’s camshaft, timing chains, rocker arms or other valvetrain components, it might make a loud clicking or ticking sound while in motion. This is especially common when a vehicle is in need of an oil change. Worn components with low oil levels often make these sounds during vehicle acceleration, so they’re not often indicative of major engine trouble. Of course, neglecting to get an oil change could cause major engine damage and lead to issues with other vehicle components. However, low oil levels aren’t the only reason your vehicle might make these noises. In some cases, clicking indicates that one or more of your valvetrain components needs to be replaced and this is why it’s always a good idea to take your vehicle for an inspection at a trusted source for auto repair. Edmonton drivers regularly bring their vehicles to us at Computerized AutoPro to help avoid or minimize damage and save money.

Knocking or Pinging Worsened by Acceleration

A knocking or pinging sound that is worsened by acceleration could also indicate worn engine parts. Worn rod bearings are typically the cause of engine knocks or pings. If this issue isn’t addressed immediately, the worn rod bearings will eventually stop functioning. Broken rod bearings could lead to additional engine damage and other problems. The key to avoiding potentially costly damage and repairs is to be proactive. If you notice suspicious noises coming from your vehicle’s engine, call us to book an inspection. You will be happy you did!